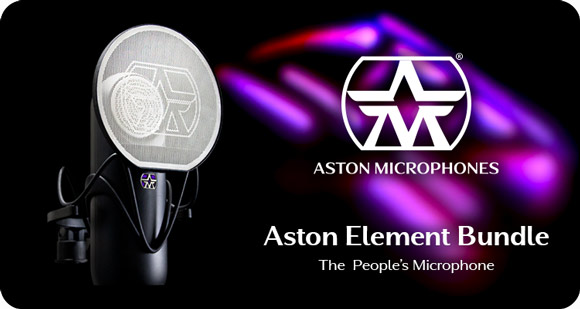 After many rounds of R&D and public tests within project Element, the Aston Element Bundle is truly unique, with many innovative features and will be shipping across Europe from ADG in September 2020.

After 18 months of R&D, the Aston Element Bundle, like all products from Aston Microphones, incorporates a huge amount of innovation.

Everything from the new Ridyon™ capsule technology for superior performance at low cost, the custom shock mount, the chassis design, the magnetic pop filter and even the backlit-LED logo 48V phantom power indicator (or as Aston like to call it, cool light!), all massively go beyond the limits of products normally sold at this price point.

Superb on male/female vocals and guitars, Aston Element is the perfect home studio mic with a sound designed by a public global voting panel.

Not only is the Aston Element extremely affordable, but it will consistently outperform all mics in its class. This is something which you really don’t have to take Aston’s word for, because thousands of users from all across the world have helped the brand define the sound of Element in peer-reviewed blind listening tests against some of the biggest brands in the business. During the course of this 3-month public testing series, Aston has developed the sound of the mic using data collected from these comparison tests, which have included major brand competitors such as Blue, Rode, AKG, Audio Technica and Neumann.

Aston chose to put Element up against some of the mics considered to be the best in their class, so they could push the boundaries of performance.

All these brands make superb products, but Aston’s goal was to make a mic which is able, in blind tests, to be consistently voted as the favourite. Of course, this doesn’t mean it’s the ‘best’ because mic choice is very subjective. However, what it does mean is that the majority of people prefer the sound they get from Element compared with big brand competitors and that means you can be absolutely confident that you’ll get superb results every time. 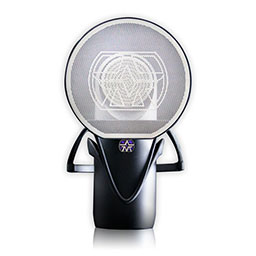 Audio Distribution Group is proud to be the Pan-Continental European distributor for this fabulous microphone brand.