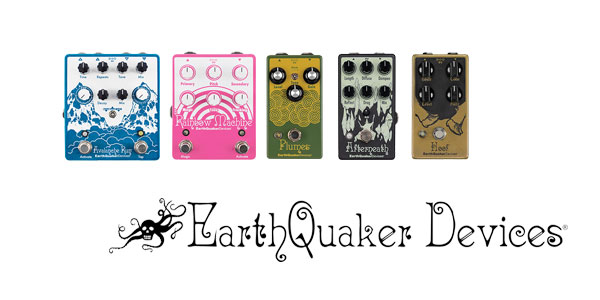 If you’re a stompbox fan, it’s hard not to be bowled over by the creative releases from EarthQuaker Devices.

With a product line that is the equivalent of a stompbox candy store, EarthQuaker’s impressive line of killer fuzz and distortion boxes has morphed into a multi-headed Hydra-beast that seems to now turn out new sound-manipulation tools faster than Apple cranks out iThingys!

These days, EarthQuaker’s irreverence and sonic adventurism finds the company as willing to toy with analog circuits for purists, as DSP pedals for bold experimentalists, all at the same time as carving out an enviable position in the boutique pedal market while building a legion of fans.

From their line of reverb and delay pedals, a line of unconventional pitch shifting and octave machines, to quirky modulation boxes and all the way through to some of the best drives, distortions and fuzzes on the market, EarthQuaker Devices will certainly let your creative juices flow.

EarthQuaker Devices are the brains behind some of the most stunningly unique ambient devices currently on the market.

From the lush all-purpose delay and reverb of their top-selling Dispatch Master V3 and Avalanche Run V2 to the magical quantized cavernous depths of the Afterneath Reverb V3 and Afterneath Module.

You can also jump in the figurative Delorean and travel back in time to the old and murky tape-delay tones of the Space Spiral Delay and Disaster Transport Sr. or the splashy spring-tank ambience of the Levitation Reverb and Ghost Echo.

No matter what you need, EarthQuaker Devices have made sure that there’s a tool for every musician out there to put at the end of their signal chain. 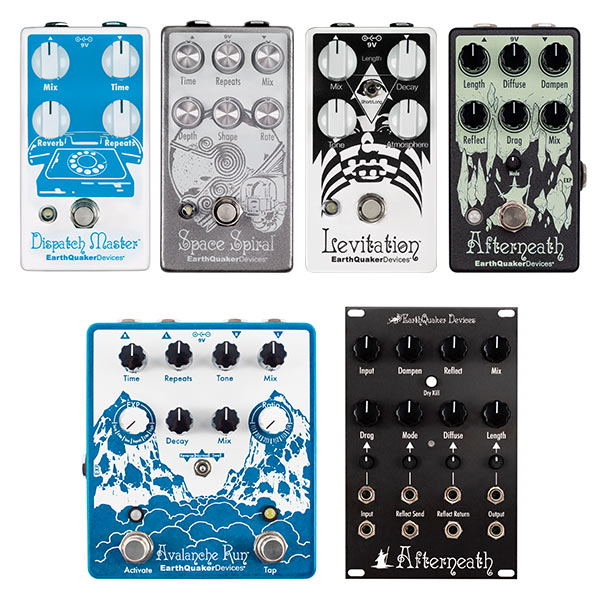 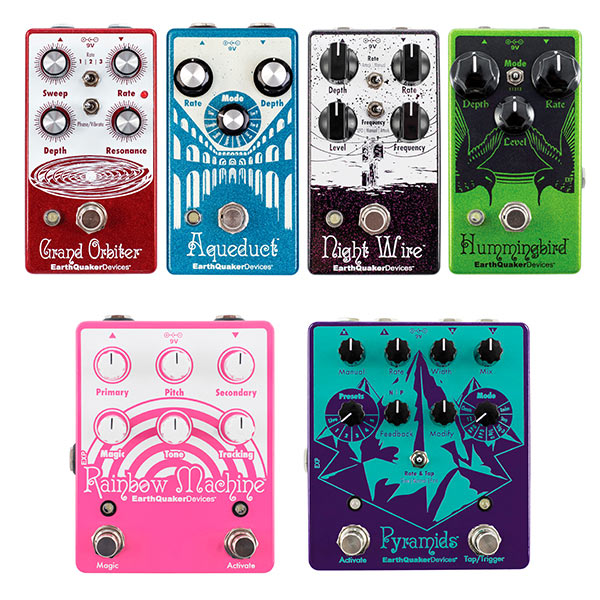 You feel modulation is passé? That it has been done to death? Well, just wait until you plug into the wild and wonderful world of modulation by EarthQuaker Devices.

From the outrageous pitch-modulation of their iconic Rainbow Machine, to the lush waves of the Sea Machine Chorus, the transcending tones of the Pyramids Flanger, the wonderfully warbly Aqueduct Vibrato, the pulsating vibes of The Depths and all the way to the rad dynamic harmonic tremolo of the Night Wire, the dreamy twirls of the Grand Orbiter and the funky filter sweeps plus robotic sampling of the Spatial Delivery.

EarthQuaker Devices are the mad modulation scientists that will make you want to unabashedly drench your entire signal in modulation again, as if the 80s had never existed!

Dirt is where the heart is for EarthQuaker Devices. The company was basically founded on fuzz, as the now legendary Hoof Fuzz was the first commercially available product from Jamie Stillman’s hands and to this day, the company still stands as guaranteed provider of the best distortion devices on the market.

From the Hoof Fuzz, legacy has sprung a divine selection of dirt pedals. From classic, yet versatile mid-pushed drive tones in the Plumes to the open and sparkling grit of the Westwood, the roaring power-amp distortion of the Acapulco Gold or the doomy fuzz of the Erupter, to versatile sonic sledgehammers such as the Tubescreamer smorgasbord served by the Palisades, to the holy fuzz trifecta in the Hoof Reaper.

No matter what your dirty desires might be, EarthQuaker Devices is sure to have a pedal that fits your bill. 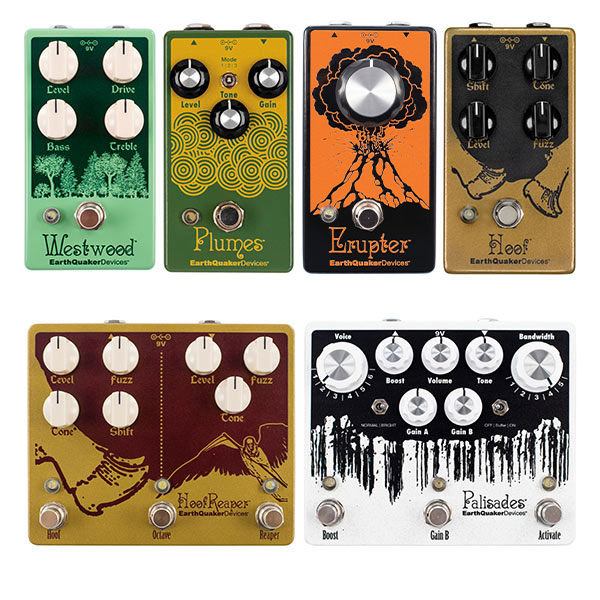 Again, when it comes to the classic and conventional idea of shifting intervals up and down, EarthQuaker manages to come up with the most unconventional ways to do it! Ways that will truly see your instrument take on an entirely new life.

There’s the dead-simple but stingingly stunning analog octave-up tones of the Tentacle, the swiveling and swaying digital octaves of the Organizer, the epically huge four octave analog synth tones of the Bit Commander, the ground-breaking and iconic pitch arpeggios of the Arpanoid, and last but not least, the synthetic harmonizing PLL tones of the Data Corrupter.

So whether you want to add some subtle pitch-shifting shimmers or completely turn your guitar into a robotic synth symphony from outer space, then EarthQuaker Devices are ready to deliver!