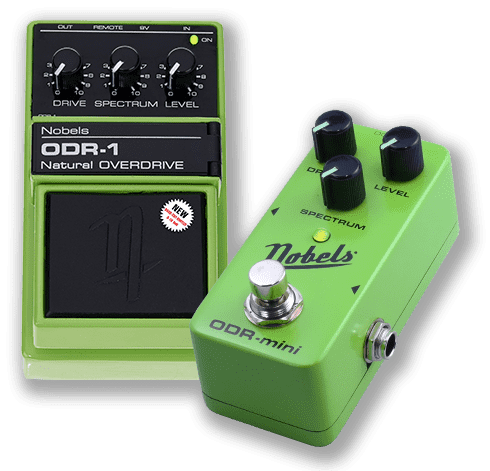 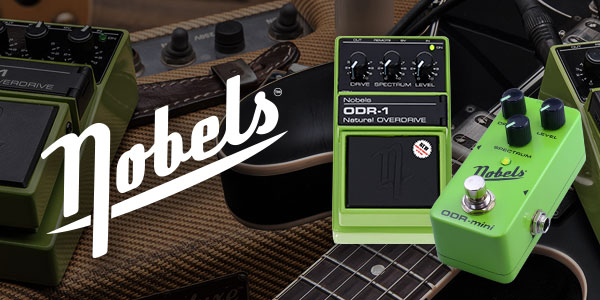 German engineering at its best

NOBELS was originally established in Hamburg, Germany in 1983

The brand became famous for developing many effect pedals, switching units and headphone amplifiers for their own brand as well as for other industry stalwarts such as Fender, Washburn and Guild, to name but a few.

When the brand was first formed, Nobels Founder & Owner Bernhard Kurzke had a mission statement that still holds true many years later – “NO FASHION, Just straight, high standards with that little extra for the musician!”.

With the launch of the pint-sized ODR-Mini in 2019 and the latest model ODR-1 BC in 2020, Nobels is set to continue setting the standard for musicians products that key artists such as Gary Moore, Bryan Adams, Carl Verheyen, Jerry Donahue, Guthrie Trapp, Micky Moody and countless other amazing players have made part of their sonic arsenal over the decades. 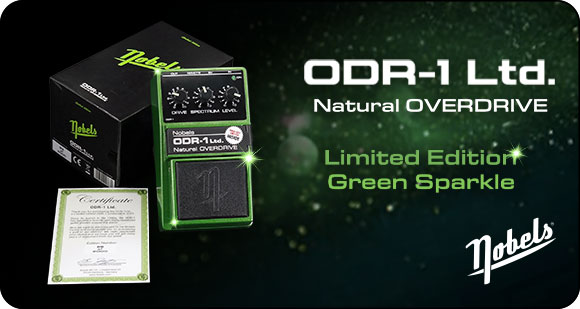 November 2, 2021
This limited-edition of their highly sought-after pedal in a very special green sparkle finish, makes the pedal look as stunning as it sounds! ...
Read More

Natural Overdrive gets an upgrade

Ideal for blues and crunchy rock sounds (or for that extra punch when soloing), the Nobels ODR-1 has been the first choice and secret weapon for many players and top studio guitarists for nearly 30 years. In fact, this top selling pedal has developed its own almost cult following since it was first designed and engineered in the eighties.

When the original circuit was developed, there seemed to be countless overdrives on the market that had what many people describe as a ‘nasal’ tone, but Nobels worked hard on creating a very ‘open’ sounding pedal that works with you and your amplifier. The result was the ODR-1, German engineering at its finest with stacks of resistors and capacitors forming very precise filters and signal shaping, giving you a pedal that responds to your dynamics and adds texture to your tone in a very natural, musical way – all while allowing the character of your guitar to be fully retained.

Step forward to 2020 with the latest model ODR-1BC. 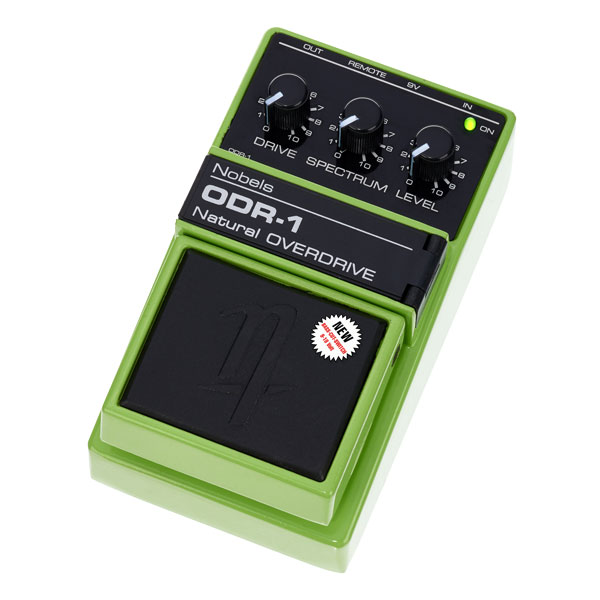 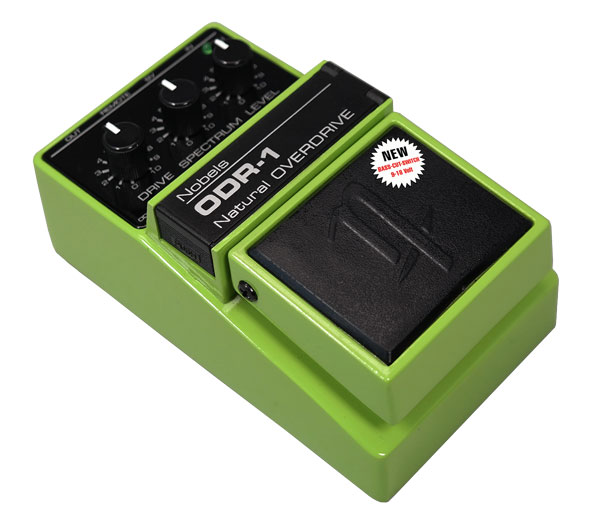 With numerous requests from the pedal community and professional players worldwide, Nobels have added the option of an internal Bass Cut switch under the battery cover to help tame your low end if needed. In standard mode though, you still get the full frequency response of the original that is perfect for warming up single coils etc. In addition, the internal power circuitry has been increased to allow for 9-18 V capability to provide extra headroom, if your playing styles and tone goals require it. These new features haven’t altered the fundamental tone and vibe, but have increased the versatility of the pedal massively for modern rigs.

With the drive control, the distortion can be easily adjusted from almost clean to maximum drive. The circuit also works very well with your guitar’s volume control, so by backing off the volume you can clean up your tone. The tonal range is controlled by the Spectrum control tone pot with mid-click and fluorescent pointers on the Glow-in-the-Dark knobs. Turn the knob clockwise and it increases the bass and treble at the same time, while turning it counter clockwise has the opposite effect. The midrange stays untouched in either direction, to ensure a transparent yet warm tone wherever the Spectrum knob is placed. 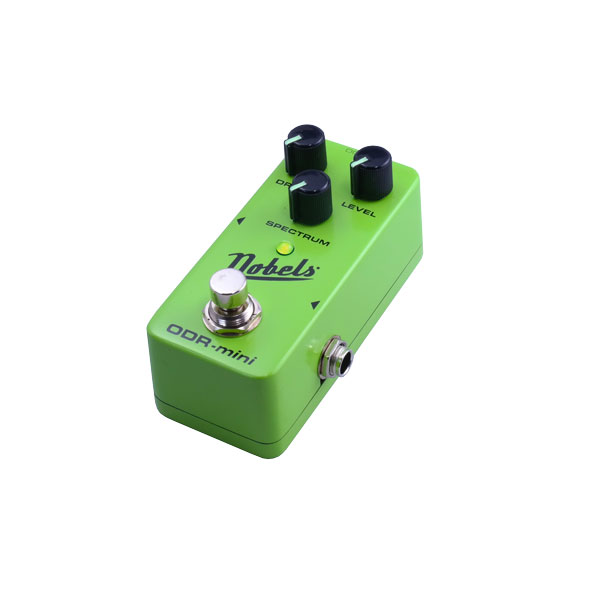 Based on the same fundamental tone as its legendary brother (the ODR-1), the little ODR-Mini delivers creamy, yet natural overdrive – everything from pushed clean amp tones to gain filled stacks!

It features a slightly tighter low-end than the original, but you’ll still delight in the warm mid-gain tones for rock and blues and the screaming hard rock sounds from this tiny powerhouse of drive.

Add in true-bypass switching, the SPECTRUM tone pot with mid-click and fluorescent pointers on the Glow-in-the-Dark knobs, the ODR-Mini is guaranteed to be a BIG part of your sound, while being just a small physical part of your pedalboard.

The Security Lock for your Pedal

Small black, metal mounting plates to attach most pedal units to any surface!

If you play live and are serious about your set up, then screw your effects down with Nobels Mounty-Ps. Velcro® is great if you are bedroom player or are constantly swapping your stuff around, but can be a liability for gigging and gathering hair and fluff.

The Mounty-Ps cost next to nothing and are cleverly designed. No chance of you opening up your pedal case to find your carefully arranged pedals in a heap all scratched up. Mounty-Ps work with big heavy multi units all the way down to mini pedals.

Nobels Mounyt-Ps, a much more elegant solution to hook and loop tape. One set consists of 4x Mounty-P´s plus 4 screws. 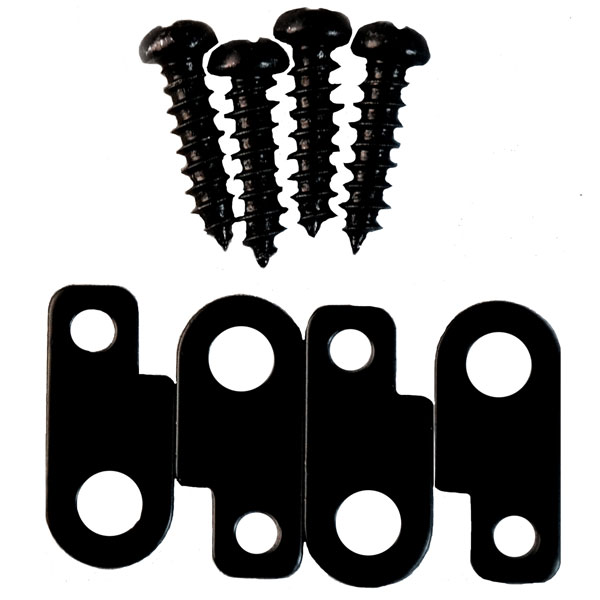 Audio Distribution Group is proud to be the UK and European distributor for Nobels (excl. DE).