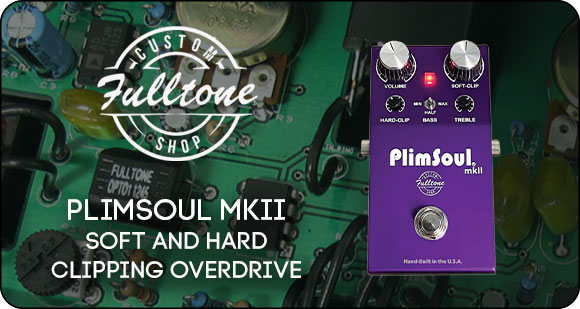 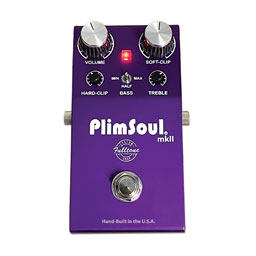 Clipping = Distortion, and for many years players have only been offered two clipping choices: Soft-Clipped or Hard-Clipped.

Soft-Clipped pedals such as Tube Screamers, Fulldrive2, OD-1, etc, get their distortion by using diodes placed in the feedback loop of their Op-amps. This type of clipping produces a cleaner, more compressed, low-to-medium gained Overdrive sound.

The other choice are Hard-Clipped pedals like the RAT, Distortion+, Boss DS-1, etc. These pedals create distortion using diodes tied to ground or, unique to the Fulltone OCDv2, Mosfets that are tied to the half-way point between 9 volts and ground, offering a more natural sounding distortion, which resembles the sag  or feel of an amp’s tube rectifier. 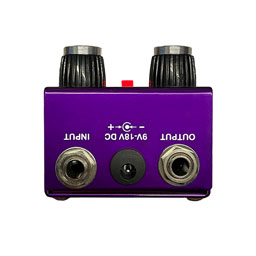 The original PlimSoul is the only pedal to offer both Soft & Hard clipping with separate control over each. I designed the PlimSoul’s unique, independent dual-stage clipping circuit to replicate not only the sound, but the feel of a tube amp with its subtleties and complexities, resulting in my being granted U.S.Patent # 8471136.

The Fulltone PlimSoul mkII is Hand-Built in the U.S.A. using top-notch, full size components, many of which are designed by and exclusively for Fulltone.

Audio Distribution Group is proud be to be responsible for distribution in the UK, Ireland, Denmark, Norway, Sweden and Italy for Fulltone